The film and TV industry has been one of the best forms of entertainment in recent years (mostly due to technology). So, of course some of our favourite films and TV shows are based on fancy high tech cars. Either that or cars are used as props to add humour and personality to their programme. In celebration of this we thought we’d round up some of our favourite vehicles. From a three wheel yellow van to a 1977 Pontiac Trans Am – this list has it all. These are some of the most iconic vehicles used in film and TV. 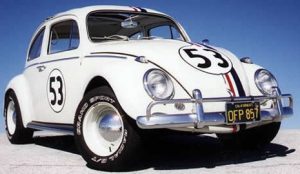 This vehicle is a 1963 Volkswagen Beetle that had a distinctive look – it had a 53 on its bonnet and red, blue and white racing stripes running down its sides. Herbie competed in many competitions and has the ability to drive himself. This classic car was used in six Disney films between 1968 and 2005 including The Love Bug and Herbie: Fully Loaded. 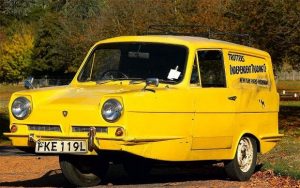 That yellow van from Only Fools And Horses

This vehicle is probably the quirkiest one on the list but it really is something special. The van is a 1968 Reliant Regal with three wheels. The BBC painted it yellow and added the Trotters Independent Trading sign to it. The van was sold recently at an auction for over £41,000. It’s in full working order as it had 71,778 miles on the clock and it came with the original owners’ logbook. It also has a full MOT until June this year, so, if you see it while you’re driving you’re not imagining things! 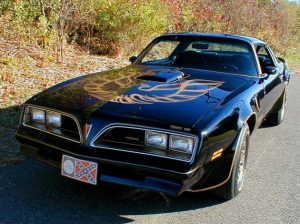 The Pontiac from Smokey And The Bandit

This film featured a 1977 Pontiac Trans Am and was driven by Bo ‘Bandit’ Darville (Burt Reynolds). Bo has to set off on a road trip in this trusty vehicle to deliver 400 cases of Coors beer. He’s driving from Texas to Georgia (which is quite a way away) and he only has 28 hours to complete the trip. (If we were in this situation we’d be more than happy to drive this particular vehicle!)

A 1961 Ferrari 250 GT of course! Ferris Bueller’s Day Off is all about Ferris Bueller (Matthew Broderick) and his day off school. Ferris talks his friend Cameron Frye (Alex Ruck) into taking his dad’s prized Ferrari when they call in sick to school. If you owned this car and someone ‘borrowed’ it without asking, how much trouble would they be in with you? (We’re guessing A LOT!) 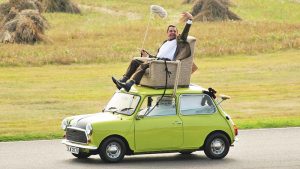 This one’s self-explanatory, Mr Bean is an iconic character within British comedy. He is known for his adventurous, annoying situations and his car. His vehicle is a bright green 1977 British Leyland Mini Cooper 1000 Mark 4. It has a matte black bonnet and Mr Bean locks it with a padlock… what more can we say? We always watch Mr Bean for a guaranteed laugh.

If you are interested in booking your car in for a service, be sure to use our quick and easy online booking tool!